People spend a lot of money on things that make them feel good, like entertainment and exercise.

To access some services, you need to ‘subscribe’ or ‘become a member’. And some games and apps will only let you access certain things if you pay for the ‘premium’ version.

Sometimes there is a ‘free trial’ period. Some may give you access to all content but with ads, or limited amounts of content until you pay for more.

Understand when and what you’ll have to pay

It’s important you understand how much money these services cost before you subscribe.

When you subscribed you probably agreed to some terms and conditions.

You may have just ticked a box saying ‘I accept the terms and conditions’. What you’ve agreed to is a ‘contract’. Contracts are a deal between 2 or more people or organisations agreeing to do certain things.

Often the company asks for your card details when you first join. They won’t charge you for the length of the free trial, and often that’s all you wanted it for.

Make sure you understand what you’re signing up for, and check with an adult if you don’t understand the terms and conditions. 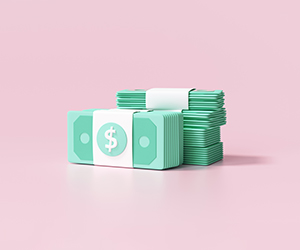 We all want to buy things straight away, but sometimes there are hidden costs. This tool can help you think about what those costs are so you can make smart saving decisions.

Read about the app or game before you download it

Before you download and install an app pay attention to its description.

Even though the app says it’s free, in smaller print it might say ‘Contains ads’ and ‘In-app purchases’.

Both these things mean there will be options to spend money in the app.

Buying a video game or app isn’t strictly a one‑time purchase anymore. It’s a good idea to be aware of the extra costs of playing the game before you buy. Even some free‑to‑play games will often encourage you to buy things as you play over time.

Many games, once they’re released, will have lots of expansions and extra content to go with it – called downloadable content or DLC. DLC can often costs as much as the original game and it can feel like you need to get it all to keep enjoying the game. Make sure you know what’s included in the DLC and if it turns out you still want it, add it to your savings goal so you’re not left short.

While you’re in‑game it’s likely you’ll be asked to pay for things like gear, limited use items, lootboxes or in‑game currency. These purchases are known as microtransactions or MTX. Sometimes these small payments will be necessary to level in a game or properly enjoy it, and they can add up fast. Even loot boxes that offer you the chance to get extra perks are rarely free. Or if they are, chances are you’ll need to spend money to unlock them.

Most online game stores include customer reviews in the description. Make sure you read them. If you see lots of people complaining that the app was full of ads, asking for lots of money, or wouldn’t let them unlock levels unless they paid for them—it’s probably not going to be very fun.

It can be tempting to buy in-game purchases so you can get on with enjoying the game. But the more you level, the more likely you’ll need more upgrades and more tokens. That could start to really add up.

It’s all about balance. If paying a couple of dollars once just to turn off the ads is all you need to enjoy the game, then that’s probably okay. But if the game keeps asking for more money so you can play, you need to either: 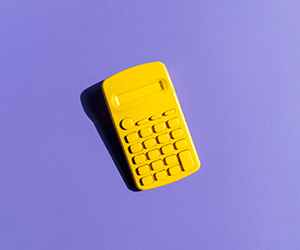 Use this calculator to work out how long it will take you to save up for something you want.

Dealing with debt and bad decisions

I want to buy or save…

Working and getting paid

Asking for help when you’re in money trouble

What does that word mean?